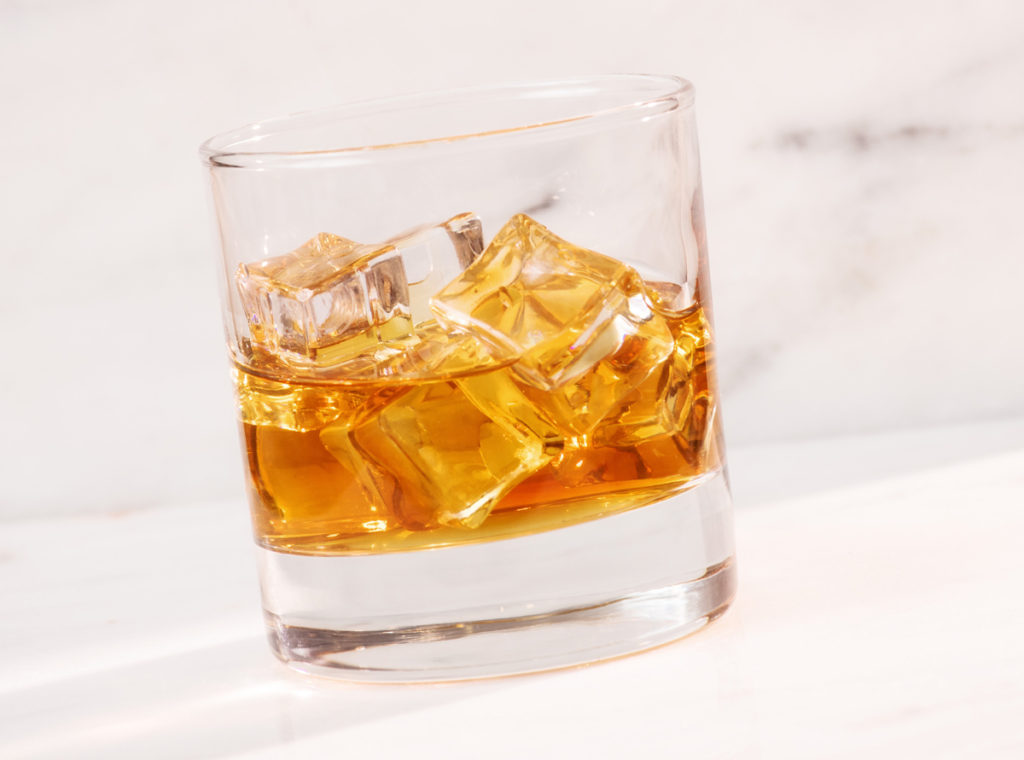 Twenty years ago the American whiskey industry was in dire straits. Scotch, particularly single malts, ruled the whiskey world. Vodka, just like today, was the planet’s most popular spirit. Bourbon was more popular outside the U.S. than at home. Distilleries were closing, production was way down, and the future was bleak.

How things have changed! Producers can’t make enough whiskey today. Demand is booming, with no end in sight. Classic and craft cocktails — and a desire for local products — have contributed to the raging popularity of spirits.

U.S. sales of bourbon and Tennessee whiskey have grown steadily over the past decade, and exports topped $1 billion in 2013, according to the Distilled Spirits Council of the United States. And in January, the Japanese beverage giant Suntory made a bid to purchase the Beam Inc. portfolio for approximately $16 billion in cash. Included in that portfolio are many beloved brands, including the iconic Jim Beam, Knob Creek, Booker’s, and Maker’s Mark. If the sale proceeds, Suntory would become the world’s third largest liquor company.

2019 Update: The combined companies are now called Beam Suntory, Inc. and are the third largest producer of distilled spirits worldwide.

Suntory’s malt whiskeys have garnered many top awards. If you saw the 2003 film Lost in Translation you may recall Oscar nominee Bill Murray’s endorsement: “For relaxing times, make it Suntory time.”

Back across the ocean, business is booming, too. Michigan State University professor Kris Berglund has been conducting “how-to” distilling workshops for several years. Micro-distilleries are popping up about as fast as brewpubs were less than a decade ago. From Corktown to Traverse City, entrepreneurs are crafting a wide variety of spirits. The state estimates distilling could add $400 million a year to Michigan’s economy.

Bourbon is as American as apple pie. Seriously. Upon leaving office, President George Washington distilled 11,000 gallons of whiskey at Mount Vernon to become the country’s largest distiller! But some history and terminology first. All bourbon is whiskey but not all whiskey is bourbon.

Confused? Let’s step back a bit.

The word whiskey is Gaelic in origin, meaning “water of life.” Back in the day, like other adult beverages, it was much safer to drink than water. In essence, whiskey (or whisky with no “e” but let’s not make things too confusing) is a spirit distilled from grains including barley, corn, wheat, and rye. The process is chemically rather simple, like so many of life’s pleasures. It’s the details that matter.

Whiskey is like distilled beer, but without the hops. Malted grains are steeped in hot water, releasing sugar. This sugary liquid (wort) is cooled. Yeast is added to convert the sugar to alcohol and carbon dioxide. Now known as the “wash,” this liquid generates lots of heat while frothing dramatically.

After fermentation is finished, the liquid is distilled. Distillation purifies the wash by evaporation and condensation. (Hang in there, we’re almost done!) Alcohol boils at a lower temperature than water. As the wash is heated, alcohol rises from the still before the water, condenses into liquid, and is collected. Two types of stills are used: continuous stills and pot stills.

Once the spirit is collected, it’s aged in oak barrels. The type of barrel used, how and where it’s stored, and the length of time the whiskey ages are critical. The types of grain, the distillation method, and the casks make each whiskey unique.

Production of whiskey is tightly controlled and highly regulated. Proof is defined as twice the percentage of alcohol by volume (ABV), so a whiskey that is 50 percent ABV is 100 proof.

Proof is not simply a way to measure strength. As the whiskey is distilled, the aromas and flavors are concentrated. While a higher-proof product isn’t necessarily better, many experts contend that as proof increases so do the aromatics and the flavors.

In the past, tavern patrons who suspected their glass of whiskey wasn’t up to snuff performed a test. Spirits burn at just over 50 percent alcohol. They would take apart a bullet from their gun belt and dump the powder on the bar. They would then wet the powder with the whiskey. Lighting a match would determine if the whiskey had been watered down. If the powder burned yellow and just fizzled out, the spirit was diluted. If it burned blue and flashed, it was proof of the whiskey’s quality. (Note: Please don’t try this in public.)

There are countless variations of whiskey. Scotch is popular. From American bourbon (more on this shortly) to Irish and Canadian whiskeys, the range of styles and flavors is amazing. Here in the U.S., we also produce rye whiskey and Tennessee whiskey.

IRISH WHISKEY : The Irish claim they invented whiskey — and may well have. The answer is hidden in history’s mist. Irish whiskey is regulated by the Irish Whiskey Act of 1980. It must be distilled and aged in Ireland. The spirits must have an ABV of less than 94.8 percent from a yeast-fermented mash of cereal grains. The whiskey must be aged for at least three years in wooden casks. Popular brands are Jameson, Bushmills, and Redbreast.

SCOTCH WHISKEY : Scotch is perhaps the most famous style. It must be made using water and malted barley and fermented only with the addition of yeast. It must be distilled to less than 94.8 percent ABV (Sound familiar?). This whiskey must be matured in Scotland for no less than three years in oak casks and bottled at a minimum strength of 40 percent ABV. It may contain caramel for coloring. Blended scotch is blends of whiskeys, frequently from different distilleries. Any age on the bottle must refer to the youngest whiskey in the blend. Examples are Dewar’s, Chivas Regal, and Teacher’s. Single malt scotches are the product of a single distillery. Glenfiddich, Macallan, and Laphroaig are popular. Single malts range from salty and briny to smoky and earthy. They reflect the terroir (sense of place) just as fine wines express their origin.

CANADIAN WHISKEY : Canadian whiskey is popular with bartenders. It’s light and blends well in cocktails. Tradition dictates that blended whiskey is made from a base whiskey and a flavoring whiskey. The base whiskey, usually from corn, is light in flavor and accounts for the majority of the blend. The flavoring whiskey, frequently with a high rye content, makes up the rest. This brown spirit must be mashed, distilled, and aged in Canada. The ABV may exceed 90 percent, like scotch and Irish whiskey, and it must be aged in wooden barrels for at least three years. A bit over 9 percent may be “other flavorings” such as sherry, fruit, or foreign whiskeys.

RYE WHISKEY : Virtually unseen from Prohibition until the 21st century, rye is rockin’ again. Per Uncle Sam, it must be made with a minimum of 51 percent rye, aged in new charred-oak barrels, and distilled to no more than 80 percent ABV. It is barreled for aging at no higher than 125 proof and is bottled at no less than 80 proof. To be labeled “straight rye whiskey” it needs to be aged for at least two years. Rye is much spicier than its cousin bourbon. It’s dry and fruity; bourbon is sweeter and smoother.

Did ‘The Real McCoy’ Start in Detroit?

According to one legend, the expression “the real McCoy” originated just across the Detroit border in Windsor. (More likely, it’s a corruption of the Scots’ “The real MacKay” that dates to the 1850s. But why let the truth get in the way of good story?) During Prohibition, Bill McCoy and his son operated the Hiram Walker dock for Canadian Club (according to some stories, he was a smuggler). Lots of smugglers claimed to provide good whiskey to thirsty Detroiters but didn’t always sell quality products. Entrepreneurs who bought directly from McCoy and son got the genuine Canadian Club. It quickly became widely known as “the real McCoy”!

TENNESSEE WHISKEY : Similar to bourbon, Tennessee whiskey is distinguished by the Lincoln County Process, commonly known as charcoal filtering. Sugar maple wood is burned to make charcoal. The distilled spirit, known as “white dog” whiskey, is then filtered through a vat of maple charcoal chips prior to aging. This charcoal filtering mellows the whiskey, producing smoother, drier liquor.

BOURBON : In 1790, President George Washington and Treasury Secretary Alexander Hamilton created an onerous tax on distilling and spirits. Debts owed to France and Spain for money loaned to the colonies during the Revolutionary War were due. The Whiskey Rebellion by the farmer-distillers of Maryland and Pennsylvania was quickly quelled by 13,000 militiamen led by none other than the father of our country, George Washington!

Many folks moved west to the then wild country of current Kentucky and Tennessee to avoid paying the despised tax. Corn grew like wildfire, especially in the limestone soil where present-day Louisville and Lexington are located. Settlers distilled their corn surplus to make whiskey. Bourbon County, named after the House of Bourbon in France in gratitude for their help during the Revolutionary War, soon became the epicenter of the nascent whiskey industry. When the whiskey labeled “Bourbon County” became popular in New Orleans, Philadelphia, New York, and Boston, customers started asking for bourbon as a brand. Not quite as established as champagne, but a bit before Prada!

Toasting or charring is an ancient practice. Back in the day, Romans dropped a piece of charred bread into their wine goblet. Why? It reduced the acidity of less-than-perfect wines. (Citizens of Rome would also “toast” each other with wine from a common vessel, ensuring that it wasn’t poisoned!)

The origin of the charred barrel — for many the distinguishing characteristic of bourbon — is a matter of conjecture. A popular account is that Elijah Craig, a Baptist minister and distiller from Kentucky, was the first to use them when a fire burned many of his barrel staves. Too frugal to discard them, he turned the charred sections to the inside of his barrels (hoping no one would notice), filled them, and shipped it to New Orleans. During the journey, the char worked its magic.

A more likely explanation: Most distillers bought barrels that had been used to ship fish and meat. They didn’t want the pickling agents to taint their whiskey. After scraping the insides of the barrels, they would light the insides on fire to sterilize them. This charring effect caused the wood to release natural sugars. While the barrels baked in the sun, the whiskey was partially absorbed into the charred staves. As it cooled, the spirit “returned” to the center of the barrel — smoother, darker, and tastier.

Bourbon was the drink of choice in Wild West saloons. Its popularity grew until the Civil War. After the war, there were far fewer distilleries and gin overtook bourbon because it was easily made in a bathtub.

World War I and Prohibition devastated the industry. The only way you could have a legal drink was if you had a prescription! But it spurred the roots of one of the most popular sports in America: NASCAR.

Moonshiners continued to make whiskey, and moonrunners drove down twisting, tortuous hilly roads to deliver to thirsty customers. Outrunning federal “revenuers” and avoiding their roadblocks with a tank of ’shine in the back of their souped coupes was no Sunday drive. When Prohibition finally ended in 1933, the moonrunners began racing each other for fun and money, giving rise to the NASCAR we know today.

In 1964, Congress named bourbon “America’s native spirit.” It’s defined in Title 27 of the Code of Federal Regulations. To be called straight bourbon, it must be produced in the U.S. of a grain mix of at least 51 percent corn distilled at less than 80 percent ABV (160 proof ) without any additives (except water to reduce the proof ) and aged for a minimum of two years in new, charred white oak barrels.